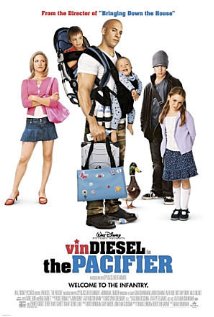 Vin Diesel goes from badass to…? 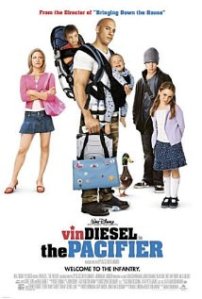 This story is about the journey of settling down for a Navy seal Wolfe (Vin Diesel) who is used to the super-structured highly dangerous life of a seal. However, when his superior gives him the task of looking after four kids and a baby, he will faces the biggest challenge of his life.

Badass Nanny is a well-rounded family comedy filled with those moments that make you go ‘eww’ or make you crack up on the floor laughing. In film critic circles, there is a lot of criticism of family films, as there seems to be a preference for films with comedy, action, sex, drama and kaboom explosions. I think people have forgotten that movies do not need to have every single genre within a film to make it a five-star film. Those that have kids or who are around kids appreciate films that everyone can watch and relate to. Also if they carry on making films that have to have every genre of film in them, then films will have the status of alcohol, only allowed at the age of 18.

Back to the film: Vin Diesel does a wonderful job of trying to be a supernanny with his belt loaded up with juices and milk bottles. Plus he still manages to be Dom from the Fast and Furious franchise, but he is an actor, so let’s give him some credit for not being a typical actor and staying in their stereotypical roles that they give him. It is nice to see him expanding his genres and not becoming a stereotype of his genre of an action man.

I think a lot of the reviewers have underestimated the plot of this film. If you look closer there are many key messages of life that make the plot more rounded, for instance: coming of age, standing up to bullies, finding your passion in life and not quitting. I’m not saying that these make the film amazing because if you look at the subplot, which is the mother trying to find out the password to the safety deposit box, it was weak; it either needs to be developed or scrapped completely and constructed on an entirely new idea. Overall, it is a fun exciting story filled with the love of family.

I love the idea of the Chans – the neighbours who are out to kill you. It relates to real life because I’m sure you have all had your fair share of bad neighbours, cause trust me I have and if only we could have been the mother (Faith Ford) and beaten them up and burnt off their eyebrows!! This is a classic piece of pure comedy.

Who needs a Rottweiler – just get a duck! This film definitely proves its effectiveness. With its classic scene where Gary (the duck) bites Vin Diesel’s ear shows you don’t need big muscles, you just have to be as quick and dangerous as a duck?!

Obviously this type of film has been done before, for example Kindergarten Cop and Mr Nanny. Badass Nanny took $US100 million at the US box office. Whether its because of Vin Diesel, who says that he did it for niece and nephew, who want to see him in a film, or because of the great comic lines and plot with good acting, the audience voted with their feet.

Overall, I love this silly comic family film. I think Vin Diesel has future for family films as it looks as if he has a big heart. Wow I sound cheesy! This is what family films do to you.

One thought on “Super Seal to Super Nanny!!”